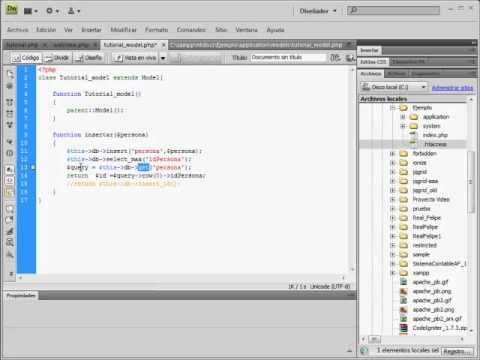 Want to know how why Venezuela has an interim president that is not Maduro?

--.-
All funds transfered will be used to buy medicines and food for people in need Venezuela. Please, donate. https://www.paypal.me/sorckas Bitcoin 1JdBWtt995mHH7uYbPjZJNDeh1KxvFMYgB Ethereum 0x5535EEeF023499419f965dc9336A6F339298dC24 Bitcoin Cash qp0r0akjaxfddqzlmskjlu0gq5ydweh0judwhpqn9n
 Many people argue that Juan Guaidó is not the president of the republic, or that there's a coup d'etat in Venezuela. Other argue that the legitime president of Venezuela is Nicolas Maduro because he won elections, and therefore he should be president. There are so many people who want to know the true but they simply find biased information provided by government-funded agents such as TelesurTV that have clearly a bad reputation when it comes to report the venezuelan humanitarian crisis, the constitutional crisis, and every other aspect that you may find necessary to really understand what is going on Venezuela. To understand how we are here, we must learn about past events like designation of judges to the Supreme Court, derogation of the presidential referendum, dissolution of the parliament, a new designation of judges to the Supreme Court, and other things that I will try to put down in an effort to let people know what actually happened since 2013 to 2019.


First of all. How did Maduro came to presidency?

He was named vicepresident by Chavez, then Chavez died in 2013 which leaves Maduro as the interim president until new elections were convened in april of 2013, which Maduro claims he won, but the opposition contested and called to count the ballots something that the electoral body never does unless it is asked because the results are always issued electronically. The electoral body (put in there by the socialist party) didn't accept the petition to count the ballots.

One of the socialist deputies who was illegaly named judge to the Supreme Court in December 22th of 2015, declared null the election of several opposition deputies in Amazonas state. This caused the opposition to lose the 2/3 of the parliament that it obtained after winning the election of December 6.


166 deputies sworn in to the parliament, including Amazonas' deputies

On January 6 of 2016, 112 opposition deputies were sworn in to the parliament, including those who were elected in the Amazonas whose election was contested


The Supreme Court outlaws the parliament

After the opposition-held parliament decided to sworn in three deputies who were elected in the contested Amazonas circuit, the supreme court decided, at petition of one parliament member of the socialist party, to outlaw the entire parliament alleging they disobey the orders to not swear in the Amazonas' deputies.


The opposition calls for a presidential referendum

According to the venezuelan constitution, you can recall any elected official after having completed half of the term for which the official was elected. This was the case for Maduro's presidential term which was at its half in April of 2016. The opposition wanted to recall and started the process to do so in April of 2016, but first, according to the constitution, they needed to follow a procediment to collect signatures which must be verified by the electoral body. The opposition needed only 300,000 signatures, they instead collected 2,1 millions of signatures
The opposition parties did call for the presidential recall, not the parliament. Just for clarification.


The parliament annuls the designation of judges to the Supreme Court

Because they were illegaly named, the opposition-held parliament decided in June of 2016 to annul the designation of the 13 judges who were named back in December of 2015.


3 deputies who were sworn in, were taken out

Beginning in 2017, in its first ordinary session, the parliament, then chaired by Julio Borges, deputy for the opposition coalition, officially disbanded the 3 challenged deputies, fulfilling the condition of the Supreme Court to exit contempt. However, the Supreme Court did not withdraw the contempt alleging that the old directive presided by Henri Ramos Allup is the one who must do the formalities


Nicolas Maduro calls for a constituent assembly, to create a new constitution


"Maduro is the people"

On June 7, 2017, the Constitutional Chamber of the Supreme Court handed down judgment 378, which determined that the president was authorized to convene a constituent without a prior consultative referendum, since he acted in the name of the sovereignty of the people. Article 5 of the Constitution establishes that the sovereignity "resides intransferably among the people." People argue that Maduro himself can't act in the name of the entire population for these matters.

On June 8, the Attorney General, Luisa Ortega Díaz, filed to the Supreme Court a contentious electoral appeal and precautionary relief for all purposes of the constituent assembly and, invoking Article 333 of the Constitution, invited all Venezuelans to join the appeal in order to stop the constituent assembly and preserve the validity of the current Constitution. The next day the vicinity of the Supreme Court was closed by State security forces preventing citizens from adhering to the appeal filed by the attorney general

On July 2, 2017, the attorney general challenged the appointment of the 13 principal judges and 21 substitutes after it was known that in the process of appointing these judges, the Republic Moral Council (formed by the Citizen's Branch which includes the attorney general, the ombudsman, and comptroller) did not hold an extraordinary session to evaluate the scales of application, as established in Article 74 of the LOTSJ (Organic Law of the Suprme Court), but they sent the files of the candidates and then presented the minutes to sign it, which she refused to do so because the session had not been held. The next day, the ombudsman presented a document with the alleged signature of the attorney general alleging that she had signed the act. María José Marcano, former secretary of the Republic Moral Council accused the ombudsman of lying and presenting a forged document, because neither she nor the attorney general had signed the act as it was an act performed illegally due to political pressures


Attorney general was dismissed by the Supreme Court

At petition of a socialist parliament member, the Supreme Court dismissed the attorney general and granted its powers to the ombudsman that are exclusive of the Public Ministry

Once the attorney general contested the election of the 13 judges to the Suprme Court illegaly appointed in december of 2015 by deputies of the socialist party, on July 21 of 2017 the opposition-held parliament decided to follow the procediment fulfill the necessity to appoint new judges to the Supreme Court. This time, every aspect of the process was fulfilled. Days later, Maduro started to jail these judges, however, many could flee the country before being kidnapped.
However, they are functioning as the legitime Supreme Court since it was named by the opposition-held parliament.


Elections to the constituent assembly take place on July 30

The only candidates were members of the socialist party because the electoral bases were designed to avoid any other person not affiliated to the party to be candidate. Only socialist party members could be candidate to the constituent assembly.
The election was denounce by most western countries, including Canada, the EU, Australia, among others.

On January 23, 2018, the constituent assembly decreed that the presidential election scheduled for late 2018, should be held before April 30. Several countries in America and Europe have expressed their disavowal of the results due to the impediment of opposition parties participation and the lack of time for the lapses established in the electoral regulations.
Two days later, on January 25, the Supreme Court ordered the electoral body to exclude from these elections the ballot of the Democratic Unity Table (opposition coalition), arguing that within that coalition there are parties that have not complied with the validation process of political parties established in the law.

The only candidates were Nicolas Maduro, ex chavista Henri Falcón, and the evangelical pastor Javier Bertucci. Maduro obtained 68% of the votes. Henri Falcon didn't recognize the results, as did many countries around the world and the rest of the opposition parties.
The election was rigged as electoral observers including the Carter Certer condemned the election.
The parliament rejected the election.

On July of 2018, the Supreme Court that was named by the opposition-held parliament issued a decree to nullify the presidential election, ordering the parliament to name an interim president. Source


Christian Zerpa defects and flees to the US

On January 8, 2019, Christian Zerpa, one of the 13 judges named illegaly in 2015 by socialist parliament members, who also accepted the petition to outlaw opposition-held parliament, defected and fled to the United States, this being motivated by disagreeing with the swearing in of Nicolás Maduro for a second presidential term. Zerpa made a series of statements that questioned the independence of powers and the transparency of Venezuelan justice.
He confessed that he was appointed as a judge in the express process of 2015, because he had always been loyal to Chavez.


Maduro swore in to the presidency

After the presidential election that took place in May 20 of 2018, Maduro swore in to the presidency on January 10 of 2019. This must be done in the parliament but this time he did it in the Supreme Court.

The parliament, after rejecting the election back then in May of 2018 and following the judgement issued on July of 2018 by the Supreme Court in exile, stated that there is not an elected president of the republic.
The powers of the executive branch must be transferred to the president of the legislative branch.


Juan Guaidó assumes executive powers, swore in in January 23 of 2019

As an interim president, he must call for elections in the next 30 days, however, there may be some inconvenients about having elections right now. Therefore, he called for a transitory government.

What happened to the 13 judges named by the opposition-held parliament, and to the attorney general Luisa Ortega?

The new Supreme Court is fulfilling his duties in another country, as they're recognize by the OAS and the US.
Luisa Ortega now is exiled. She was replaced by the William Saab who was the ombudsman at the time she fled the country. The vice-ombudsman became the ombudsman.


Was the 2018 presidential election legitime?


Why we don't recognize the constituent assembly?

Because we didn't had a consultative referendum to decide whether we wanted a constituent assembly or not.


Why did the opposition parties boycott the election to elect constituent deputies?


Is Venezuela a socialist country?


70% of the Venezuela's economy is privately owned?

No, it isn't. In order to be on privately owned you first need private property rights. That's to say, if you own something, you then can put prices to products and even distribute/sell or buy whatever amount you want. That is not the case for Venezuela as most of its economy is actually collectively owned, based on socialist principles.
You can't put prices to products, and you get exprorpriated if you produce basic goods, for example. You can't sell them for profit.

Part of the system integrates CodeIgniter's form validation library. In the particular function in question, a field object is passed to the function and the following happens: The system automatically adds validation requirements based on the field object. For example, whether or not the field is required (db says field cannot be null), if the db field has a max_length constraint .etc. If the ... I feel although my controller is over complicated and more should be moved to the model. I've read that the controller shouldn't contain any logic, and just call the model/view, however it currently Teams. Q&A for Work. Stack Overflow for Teams is a private, secure spot for you and your coworkers to find and share information. also for debugging: echo '<pre>'.print_r($_POST, true).'</pre>'; in your controller: see if the form posts what you expect it to. – Vali S Oct 19 '15 at 6:41 add a comment On my bootstrap model form with codeigniter if username was entered incorrect it should show message. But when if I click on button the bootstrap modal goes away even if validation errors are displayed . Goal: What I would like to be able to do is if any form validation true then will not close bootstrap modal but then if form_validation is OK then let me submit. How to prevent the bootstrap ...